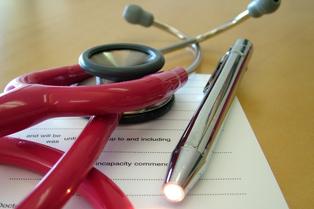 Woodstock – A pair of funeral attendees are suing a McHenry-based caterer saying they were poisoned after eating food at a funeral luncheon.

According to court documents, Smith had provided the meal for about 70 people at a funeral at the McHenry Moose Lodge in July, and 16 had come down with Salmonella poisoning.

"It's just a horrible, horrible situation to be in. They're grieving, and then they get poisoned at the same time," said Gary Newland, the attorney for Adams and Winandy, who were attending the funeral of a relative.

According to a report by the McHenry County Department of Public Health, the agency linked a potential Salmonella outbreak to undercooked chicken served by the catering company.

Adams, who was pregnant at the time, suffered nausea, vomiting, diarrhea and stomach cramps after eating the food. She sought medical care, while Winandy was hospitalized after experiencing similar symptoms, according to the court filing.

The case was filed Nov. 4, and no attorney had filed an appearance for Smith. A phone number for him or the catering company was not listed. The case will appear before McHenry County Judge Thomas Meyer on Feb. 3, 2016.