A new study puts a price on the cost of foodborne illness outbreaks in the United States, which can range from a couple thousand dollars to millions.
A team of researchers from Johns Hopkins Bloomberg School of Public Health simulated a number of different types of outbreaks using common causes like norovirus, E. coli and salmonella.

Panera Bread is the most recent restaurant to be linked to a foodborne illness outbreak.

A single foodborne illness outbreak could cost a restaurant millions, according to a new study from researchers at Johns Hopkins Bloomberg School of Public Health.

​The report comes just days after the Centers for Disease Control and Prevention warned consumers about eating chopped romaine lettuce that was grown in Yuma, Arizona. The greens are believed to have infected at least 35 people in 11 states.

It is also believed to be the cause of a recent string of E. coli food poisoning incidents in New Jersey that was tied to several local Panera Bread locations.

“When restaurants have some type of foodborne illness outbreak, it’s not really clear how much of a cost it is,” Bruce Lee, associate professor of international health at Johns Hopkins Bloomberg School of Public Health, told CNBC. “It hasn’t really been quantified before.”

The findings, which were published over the weekend, puts a price on the cost of foodborne illness outbreaks in the United States, which can range from a couple thousand dollars to millions.

Lee and a team of four other researchers simulated a number of different types of outbreaks using common causes like norovirus, E. coli and salmonella to determine how each would financially impact various restaurant categories.

The study revealed that the cost of a single foodborne illness outbreak at a fast food restaurant could cost between $3,968 and $1.9 million, depending on the severity of the outbreak, how much the company would have to spend on fines, lawsuits and legal fees as well as the number of employees affected by the incident.

At fast casual establishments, restaurants where you order at the counter and seat yourself, the potential financial impact was $6,330 to $2.1 million. Casual dining chains, ones with full-table service, had a cost range of $8,030 to $2.2 million and fine dining chains, upscale venues with full-service waiters, would see a cost between $8,273 and $2.6 million.

“Our study shows that a single foodborne illness outbreak can incur substantial costs, enough to compose a large portion of a restaurant’s annual profits,” the team wrote in the study. “Many of these costs outweigh the costs of various infection prevention and control measures that are available to restaurants.”

According to the report, these outbreaks can cost restaurants between 10 percent to 5,790 percent of what they spend on marketing each year and between 0.3 percent and 101 percent of their annual revenue.

This most recent E. coli outbreak has led Bill Marler, a 20-year veteran of foodborne illness litigation, to bring a suit against Panera and its food processor Freshway. He said that the chopped lettuce from Yuma had been transported to Freshway and then sent to several Panera locations.

While Panera is not the only restaurant or grocery store to obtain the contaminated lettuce, it is still liable for distributing the product. Marler explained that Panera’s kitchen is just like an automobile factory. While the restaurant may not create the lettuce that it cuts up into its salads, it is responsible when that lettuce is defective.

“No one intends to have E. coli in their food,” Marler said.

Usually, about 15 percent of the people who are exposed to E. coli during an outbreak will end up in the hospital. Right now, that figure is much higher, Marler said. Twenty-two of the reported 35 cases resulted in hospitalizations. Several of those sickened by this E. coli strain have experienced acute kidney failure and at least one has been placed on dialysis, Marler said.

He said that this either means that the strain of E. coli is more virulent than others or that it’s so early on in the reported of the outbreak that the CDC and FDA haven’t identified all of the people who have been sickened.

Panera did not immediately respond to CNBC’s request for comment.

BY: Sarah Whitten for cnbc.com 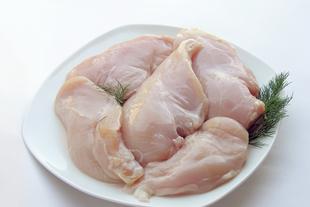